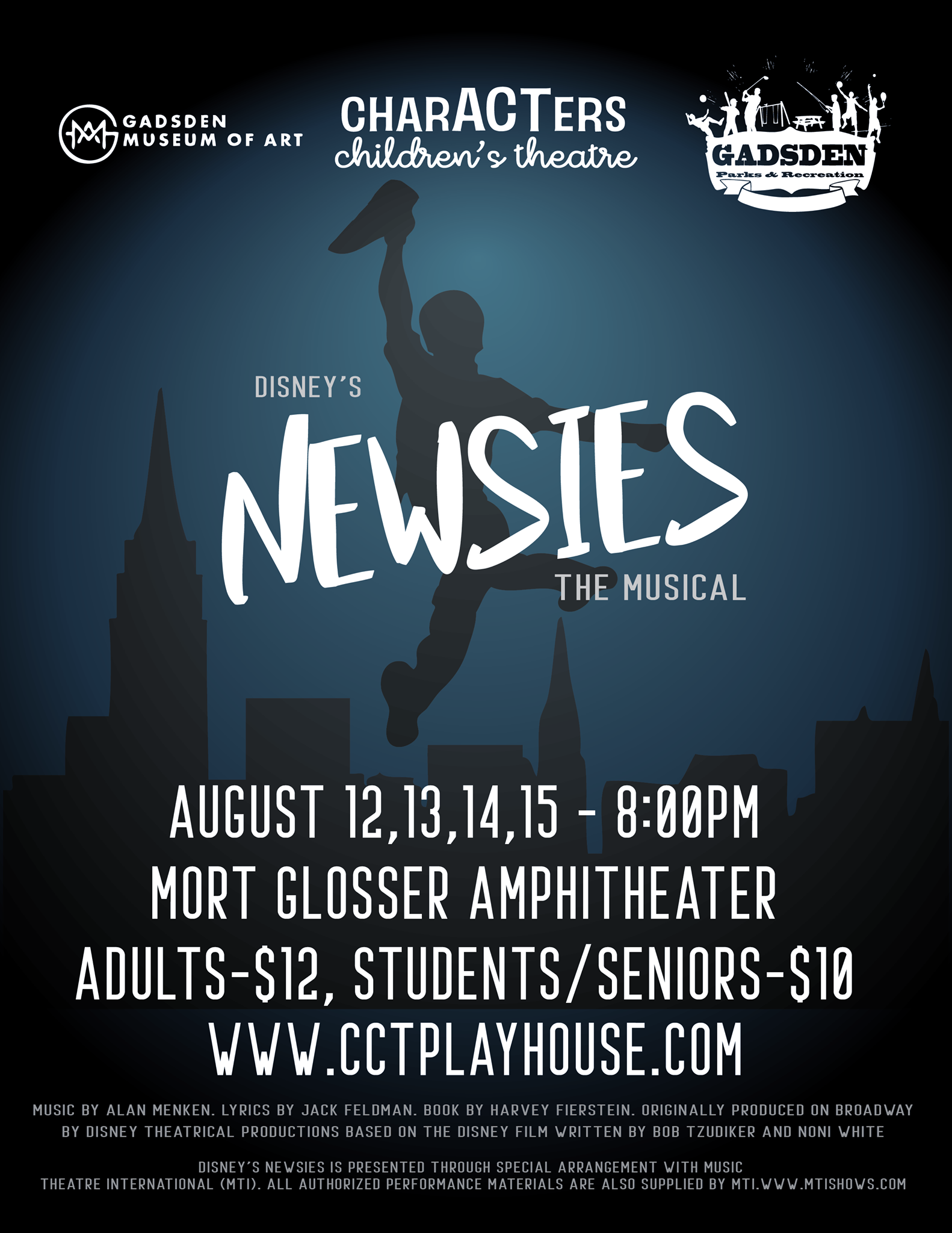 Newsies is inspired by the real-life “Newsboy Strike of 1899,” when newsboy Kid Blink led a band of orphan and runaway newsboys on a two-week-long action against Pulitzer, Hearst, and other powerful newspaper publishers. Timely and fresh, the fictionalized adaptation of Newsies addresses age-old themes of social injustice, exploitative labor practices, and David-versus-Goliath struggles as the young learn to harness their power against a corrupt establishment. High-energy with non-stop thrills, the stage version introduces eight brand-new songs by the original team of Menken and Feldman while retaining many of the beloved songs from the film, including “Carrying the Banner,” “Seize the Day,” “King of New York” and “Santa Fe.”
Tickets are available online starting Monday, July 26th at cctshows.ludus.com or can be purchased at the gate.
All tickets are non-refundable. If you need to move your ticket to a different performance date, exchanges will be honored when possible.
In the event of rain, the show will be relocated. Check our Facebook page for rain and weather updates before heading to the show.