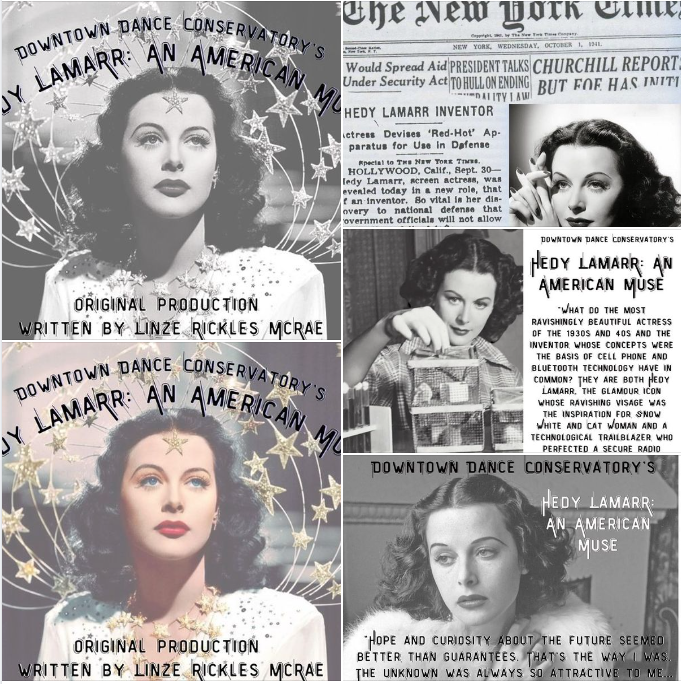 Hedy Lamarr: An American Muse 🌙
An original production written by Linze Rickles McRae based on the life of Hedy Lamarr. Hedy was an individual full of brains and beauty. The 1940’s actress is the lost inventor of what is now known as bluetooth and cellular technology. The ballet incorporates the fabulous culture of the time, highlighting Lamarr’s life as an accomplished actress and integral inventor of her era. ✨
•
“Hope and curiosity about the future seemed better than guarantees. That’s the way I was. The unknown was always so attractive to me… and still is.” - Hedy Lamarr (1914-2000) The series, American Muse, written by Linze Rickles McRae is a continuation of the previous 2017 production “Zelda: An American Muse”. Spring 2023 will bring Hollywood glamour and the essence of the 1940’s